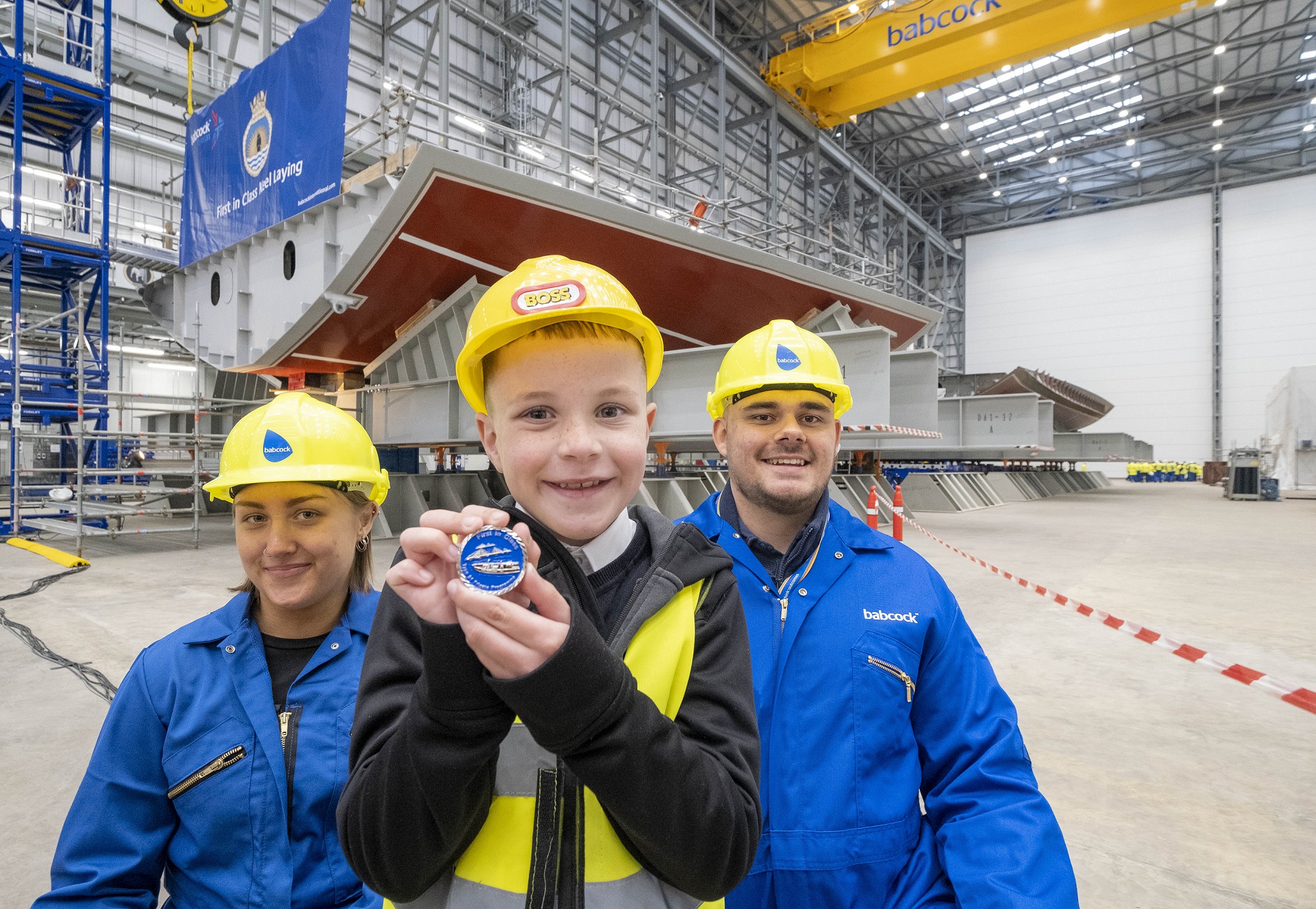 Following the first steel being cut in September 2021, the traditional keel laying event formally recognised the start of the build, including placement of a specially commissioned coin under the keel. On completion of the ship, the coin will be presented to the Captain and crew.

The ceremony was held in the new build hall, the Venturer Building, which forms part of a £60-million investment programme, on top of an additional £100-million over the last ten years.

The hall is fully covered and will house two frigates for parallel assembly and will support increased productivity gains through improved access to the platforms and digital connectivity.

Sean Donaldson, Babcock Managing Director at Rosyth, said: “The keel laying ceremony for the future HMS Venturer was a great occasion as we joined with our customer and colleagues to mark this milestone. It’s my privilege to work with this talented team each day and to witness their drive, determination and relentless pursuit of quality.”

“A big well done to our competition winner Josh Duffy (7), who designed the coin that we had minted for the keel laying ceremony and whose mum works for Babcock at Rosyth and to our apprentices Ian Stevenson and Naimh Charleston for a flawless job laying down the coin.”

The Type 31 programme is an important part of the shipbuilding pipeline set out in the National Shipbuilding Strategy that was refreshed last month. The strategy’s stated vision for ‘a globally successful, innovative and sustainable shipbuilding enterprise’ is being borne out in Rosyth, with the company investing in and accelerating its ship building prowess and ambitions.

“This is a great example of successful delivery through co-operative working. The Royal Navy and DE&S worked in unison to set the Type 31 requirement and have successfully championed a new competitive procurement process – the first major warship procurement in a generation to meet this challenge. We’re really proud to work alongside Babcock to deliver this capability for the Royal Navy.

“Today marks a significant milestone in the programme for the Royal Navy, Defence and shipbuilding in Scotland and it’s great to see the first of the British military’s new Type 31 warships keel being laid at Babcock’s Rosyth dockyard.”

The newest of the Royal Navy’s frigate fleet will undertake a variety of roles on operations including interception and disruption of illegal activity at sea, intelligence gathering, Defence engagement and providing humanitarian support.