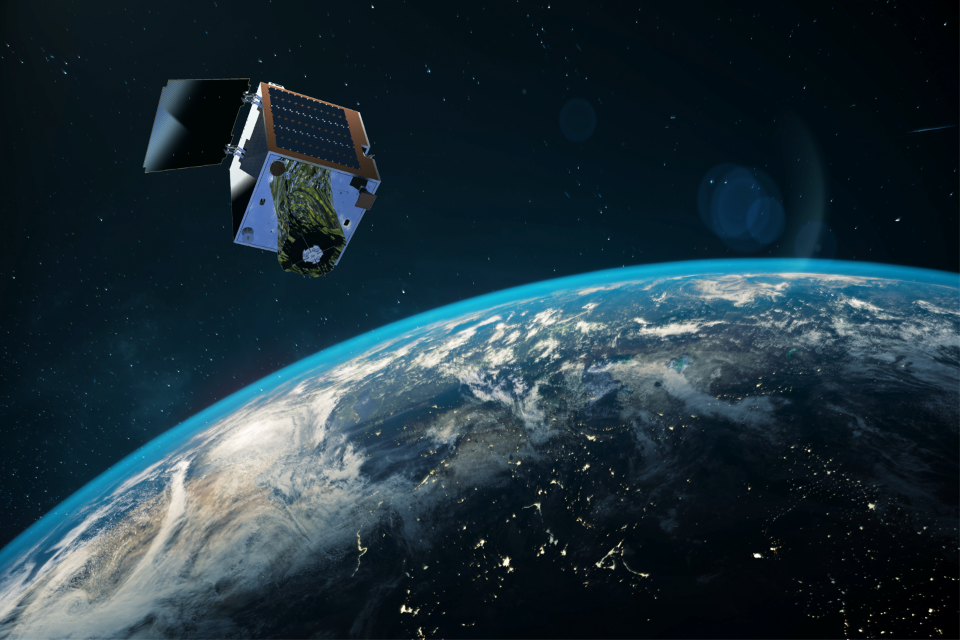 The first in a network of new satellites to support military operations will be designed and built under a new three-year, £22 million contract with Surrey Satellite Technology Ltd (SSTL).

Helping to improve the UK’s ability to collect and process data from UK and allied space assets, the washing-machine-sized satellite is the first to be designed and built under MINERVA – a £127 million science, technology and innovation programme focussed on integrating space with land, air, sea and cyber technologies.

Supporting 100 high-skilled roles at the Guildford-based company, the contract covers the design and build of the 150-kilogram satellite. It is the critical first step in identifying the processing power, radio frequencies and imagery capabilities UK Space Command requires to provide timely space-based intelligence in support of UK Armed Forces.

The MINERVA programme provides the route to use space to be fully interoperable and able to share data with our close allies.

This is the crucial first step in delivering this capability and I’m delighted that we’re working together with UK companies to remain at the forefront of innovation in space.

Outlined in the Defence Space Strategy published earlier this year, the MINERVA programme’s findings will underpin the £970 million ISTARI programme which will deliver a multi-satellite constellation to support greater global surveillance and intelligence for military operations over the next 10 years.

Forming the building blocks of the UK’s Defence Space intelligence, MINERVA will also enable better understanding of the necessary security and risk requirements to inform the wider ISTARI programme.

I’m delighted the Space delivery team at DE&S have demonstrated a speed and agility that has allowed them to place this contract in response to the Defence priorities highlighted in the Integrated Review and recently-published Defence Space Strategy.

This first contract comes as UK Space Command celebrates its one-year anniversary and takes control of the MINERVA project delivery, ensuring the UK continues to push the frontiers of space innovation.

We are delighted that Space Command has signed with SSTL for a Carbonite+ satellite, and we are looking forward to working together on this pivotal mission for the UK.

We have established an excellent relationship with Space Command and by working closely together we have evolved and enhanced our Carbonite+ spacecraft design for the programme.

The recently released Defence Space Strategy outlines how Defence will protect the UK’s national interests in space in an era of ever-growing threats, stimulating growth across the sector and supporting highly skilled jobs across the UK.