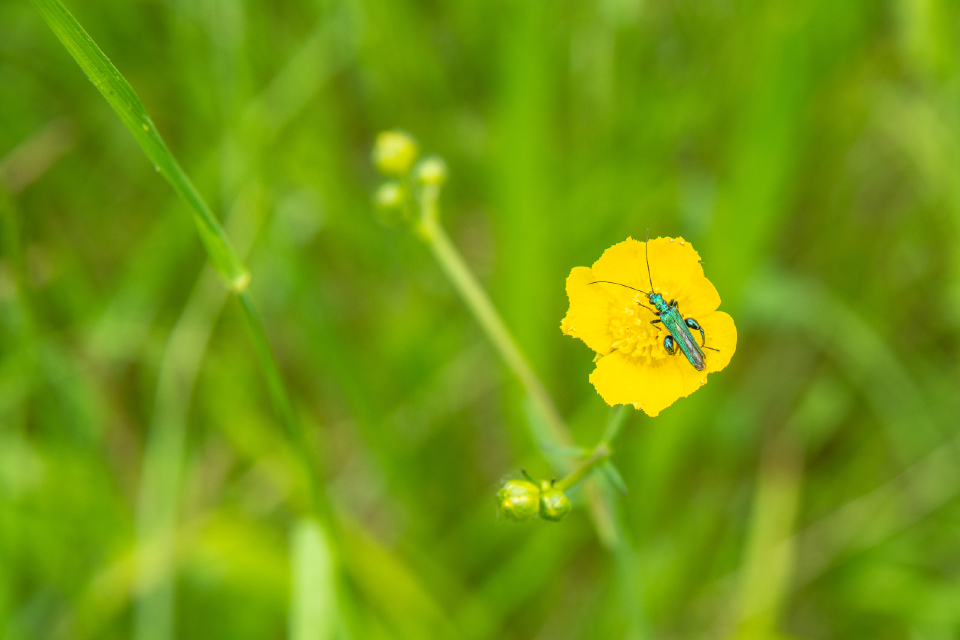 It is the country’s most restricted wildlife habitat, and home to diverse ecology including a valley of ants.

The range was bought by the Ministry of Defence (MOD) in 1916 and is now managed by the Defence Science and Technology Laboratory (Dstl).

The nature of the organisation’s work has meant few get to enter the area and glimpse the unique biodiversity within.

It has escaped the ravages of post-war agricultural challenges which changed the landscape of the British countryside.

The UK’s Most Restricted Wildlife Habitat

Dstl is the home of lots of scientists doing some fantastic work but it’s also home to a fantastic habitat and biodiversity.

There are many wildlife species that are unique to this site.

Dstl takes great responsibility in ensuring our populations are doing really well. The innovation Dstl is known for does go hand in hand with the ecology work that we do here.

The Rural Team painstakingly cultivate the area to make it perfect for its rich diversity of wildlife. It manages, maintains and surveys the site to make sure it stays in a good condition.

The area boasts 44 different species of butterflies like the Duke of Burgundy and the silver-spotted skipper.

It is also home to 15 pairs of stone-curlew – a protected crow-sized bird that was once on the verge of extinction.
A host of rare creepy crawlies include the brachinus crepitan ground beetle which can spray corrosive chemicals at high speed when it’s attacked by predators.

One of the most special features is the valley of the ants which is not thought to have been ploughed in 200 years.

The Antscape contains three million anthills and 35 billion industrious yellow meadow ants – and is among the largest of its kind in the UK.

The unique area also has hundreds of rare plants and flowers. There are 16 types of orchid including the very rare Lady Orchid, which has produced more than 30 individual plants from one single specimen.

The working range straddles the Wiltshire and the Hampshire border in the heart of the chalk down and countryside near Salisbury.