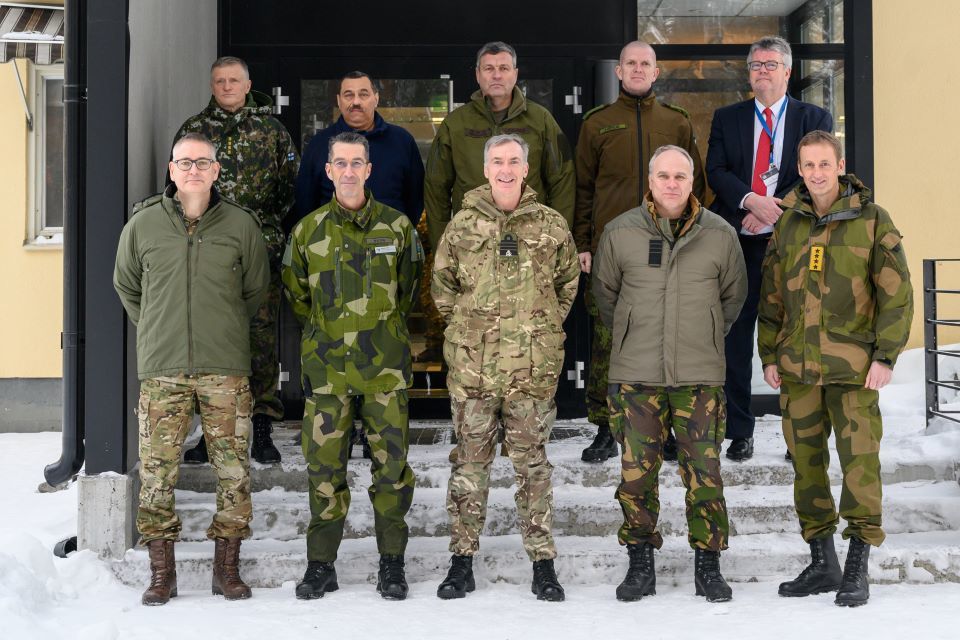 The meeting in Lulea, Sweden, came amid rising tensions over the Russian military build-up along the border of Ukraine and in illegally-annexed Crimea.

The group considered how the JEF can support European security during this difficult time, complementing the activity of NATO.

The JEF is a UK-led force, comprising 10 nations working together to deliver forces at high readiness, across a range of roles, complementing NATO and European security.

Admiral Sir Tony Radakin discussed a range of shared security challenges and defence objectives at the meeting with Defence Chiefs from Denmark, Estonia, Finland, Iceland, Latvia, Lithuania, the Netherlands, Norway and Sweden. This was the first meeting of JEF Chiefs of Defence staff. JEF Defence Ministers last met in July.

In a collective statement, the 10 Defence Chiefs said:

The Joint Expeditionary Force continues to demonstrate its effectiveness in contributing to European security in the High North, North Atlantic and Baltic Sea region. In a world defined by competition and confrontation, it is vital that like-minded nations like ours come together to protect our shared values and defend the rules and freedoms that underpin security and stability in Europe.

It was a pleasure to meet with my counterparts from the nine JEF partner nations today, and timely. The situation on Ukraine’s border, and the unprecedented Russian military activity across the Euro-Atlantic, highlight why it is so important that Britain and our European allies and partners are able to come together in this way.

We held productive discussions about our plans for the future, and reiterated our shared commitment to the security and stability of northern Europe.

Following the success of Exercise Joint Protector 2021, which took place in Sweden last year, the Chiefs also discussed future opportunities for the JEF nations to collaborate.

A busy schedule of activity over the coming months and years will see the JEF operating across its core areas of the North Atlantic, High North and Baltic Sea Region, with a particular focus on the upcoming command and control Exercise Joint Protector later in 2022, followed by the Live Exercise JEF Warrior in 2023.

The meeting came as the UK continues to take a central role in attempts to resolve the unfolding crisis in Eastern Europe, leading diplomatic efforts to find a resolution while increasing our support to our allies and partners.

The Defence Secretary Ben Wallace and Foreign Secretary Liz Truss also travelled to Russia to meet with their counterparts in an effort to find a diplomatic solution without compromising on Ukraine’s sovereignty or NATO’s open door policy.