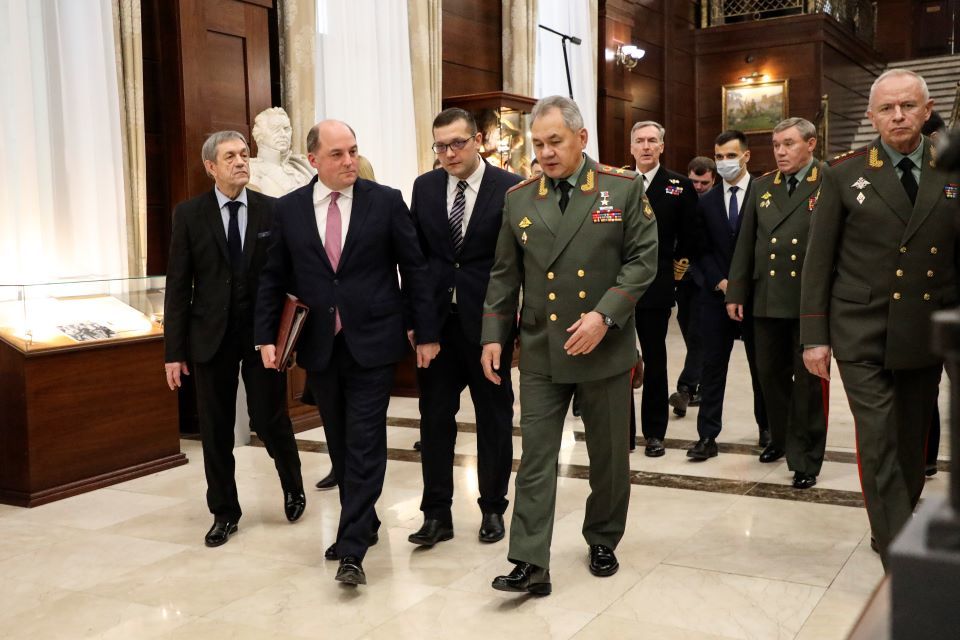 Talks were held in the Russian Ministry of Defence in Moscow. This was the first time that the two nations’ defence ministers have met since General Shoygu visited London in 2013, and the first time a British Defence Secretary has visited Moscow since 2001.

Chief of the Defence Staff Admiral Sir Tony Radakin also met his counterpart, Chief of the General Staff of the Armed Forces of the Russian Federation, General of the Army Valery Gerasimov.

Discussions come amidst a concerning build-up of Russian military forces on the borders of Ukraine. The Defence Secretary reaffirmed the UK’s commitment to de-escalating the situation and finding a diplomatic solution which respects the sovereignty of Ukraine.

During the talks, both ministers agreed the importance of the implementation of the Minsk Protocols.

Today I had frank and constructive talks with General Shoygu and General Gerasimov.

I listened to the assurances from General Shoygu that Russia will not invade Ukraine, and urged dialogue as a way to address any concerns that the Russian government may have.

I made clear that any invasion would have severe consequences and destabilise the security of Europe.

On arrival in Moscow, the Defence Secretary laid a wreath at the Tomb of the Unknown soldier in the Kremlin Wall. The memorial commemorates the millions of Soviet soldiers who gave their lives in the Second World War, known in Russia as the Great Patriotic War. Last year marked the 80th anniversary of the first Arctic Convoys, during which British ships helped supply the Soviet Union while it was bearing the heaviest burden of all Allied nations in the fight against Adolf Hitler.

Today’s meetings are the latest in a series of diplomatic engagements. The Defence Secretary has recently met counterparts from Sweden, Norway, Finland, The Netherlands, Germany, Hungary, Croatia, Slovenia, and Poland, as well as the NATO Secretary General in order to build a co-ordinated Western response to Russian aggression. Meanwhile, the Foreign Secretary met the Russian Foreign Minister Sergei Lavrov on Thursday 10 February and the Prime Minister met the President of Ukraine Volodymyr Zelenskyy on 2 February and the Polish Prime Minister, Polish President and NATO Secretary General on Thursday 10 February.