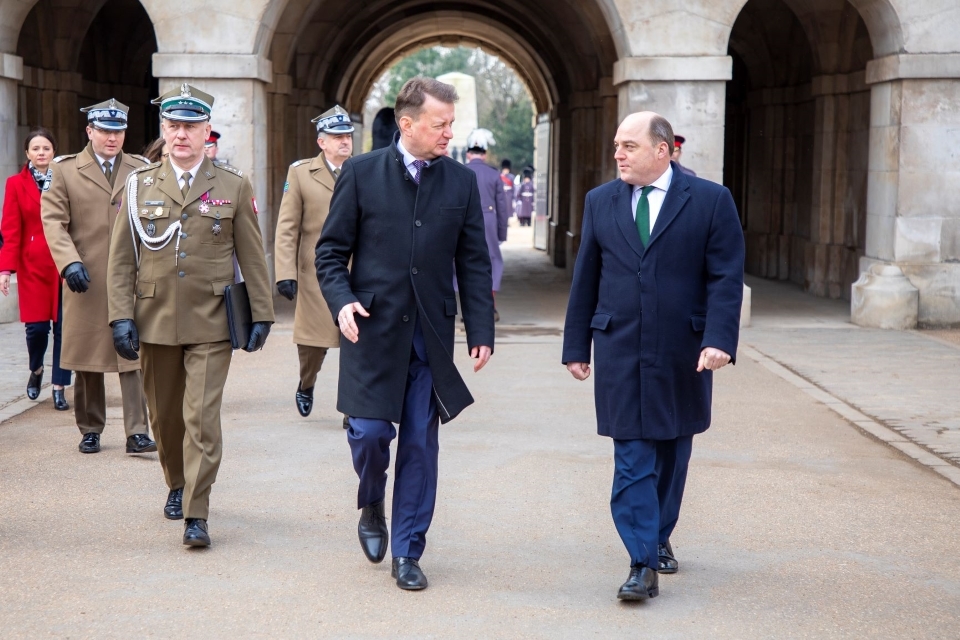 Defence Secretary Ben Wallace met his Polish counterpart Minister for National Defense Mariusz Błaszczak in London yesterday (Monday 7 February). Discussions focused on the response of NATO Allies to the unfolding crisis on Ukraine’s border with Russia and the wider implications for European security.

The meeting follows a series of diplomatic talks undertaken by UK ministers to de-escalate tensions in Eastern Europe, including visits by the Defence Secretary to The Netherlands, NATO HQ, Germany, Hungary, Croatia and Slovenia in recent weeks.

Poland is one of our oldest allies. As strong partners in NATO and Europe we will both stand firm on protecting the territorial sovereignty of Ukraine and NATO’s open door policy.

Meeting with Mariusz Błaszczak today, we discussed our concerns for European security and the need for sustained dialogue with the Russian government in order to promote stability and the de-escalation of Russian military forces on the border of Ukraine.

The Defence Secretary confirmed that 350 Royal Marines from 45 Commando will deploy to Poland in the coming days. They will support the Polish Armed Forces with joint exercises, contingency planning and capacity building in the face of ongoing tensions on the Ukrainian border. This support is being offered on a bilateral basis and is not part of the UK’s offer to NATO.

In addition, the UK has a Light Cavalry Squadron of 150 personnel currently based in Poland under NATO’s enhanced Forward Presence where personnel train with NATO forces on a regular basis. In December, the UK deployed 140 Armed Forces engineers in response to the pressures from irregular migration at the Belarus border. They are expected to remain on task until April.

Poland and the UK are investing in improving capabilities and modernising our Armed Forces, exceeding NATO’s Defence spending target. The relationship between our nations is strong and our forces operate side by side on land, at sea and in the air.

Later this week, the Defence Secretary is expected to travel to Moscow to further diplomatic discussions with his Russian counterpart.